Transform Your Reality and Live Forever

On deciding to no longer be a victim

“When we talk about AIESEC, we talk about leadership, about challenges, development and contribution. When you become part of the organization and are faced with the first challenges, you realize that the way you are impacted is so powerful that you get even hungrier, you want to fight for more. It demands more from you every time and it always gets you to go one step further”.

Only someone who has managed to overcome every challenge, who despite the situation has emerged victorious, who despite many falls accompanied by great pain has always stood up and has never surrendered, would be capable of saying these things.

But why do so many people remain on this path? Why do they continue their fight? I invite you to look for an answer in the following story….

For more 50 years, Colombia, has been the victim of a war that left behind more than 8 million casualties. A war during which people have been displaced, murdered, kidnapped or casualties of anti-personnel mines. A war where 81% of fatalities have been civilians.

In 1999, in a small town called La Gabarra, there lived a family of peasants who worked in the countryside. They did well, had a farm, their house and many friends. They never thought something so terrible would come that it would bring their peaceful existence to an end.

On the night of August 21, 1999, a group of 150 heavily armed men arrived in the village. In a matter of hours, 49 people were killed and about 200 went missing. The massacre ended at dawn the next day.

Jean, a 7-year-old boy, his mother and stepfather lived in a village very close to the place where the tragedy happened. The boy and his family, a peasant family, did not know what had happened during the night. As they did every weekend, they went to La Gabarra to buy food for the whole week.

Upon arriving, they realized all the shops were closed, and that there were no animals in the street. Worried, when they began to walk through the streets of the town, when they noticed, about 100 meters away from them, a man sitting in a chair in the middle of the street, with his hands behind his back. As they got close, it became obvious that the man had his hands tied and had been shot in the head.

Jean’s stepfather urged them to go to the town church to look for answers, hoping whoever committed the crime had respected the sanctity of the place. As they approached it, they saw 8 dead people through the back door of the church. They had witnessed one of the violent events that shed the most blood in Colombia. 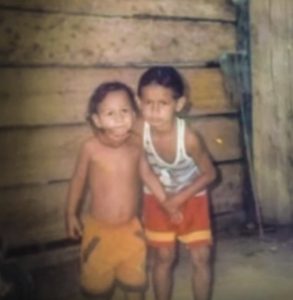 A couple of months later, Jean and his family were at home when, unexpectedly, the same group of men came over and took his stepfather. The boy and his mother, who was pregnant, were released. The men took him by force, kicked him, offended him, and beat him with their weapons. Fortunately, they released him a couple of hours later.

That was the point at which Jean’s family decided to leave everything behind and flee their village, abandoning everything they had, their farm, animals, home and friends, seeking to protect the most important thing they had: their life. They decided to go to Cúcuta, the nearest town. What they ended up finding was even more violence, and his brother and uncle were assassinated.

With a lot of effort from his parents, Jean began to study. He went to a primary public school near his neighborhood. Since he had no money, he did not eat breakfast, but had to watch instead as all his friends did. If he was lucky, he would have lunch at his house when he returned from school. It went on for five years.

When he moved on to secondary school, he had to walk for an hour in order to go to and come back from school, all to be able to study. Fortunately, he was able to finish high school.

His desire to move forward pushed him to keep fighting. while in university, Jean studied at night and worked during the day to pay for his studies.

TRANSFORM YOUR REALITY AND LIVE FOREVER

This story might seem a bit harsh, perhaps by now you have a lump in your throat, same as I do. This story is common among many Colombians. Some people have not been able to overcome it. it was different for Jean.

The powerful phrase ‘transform your reality and live forever’ allowed Jean, in spite of everything that he had lived, to make something positive out of his experience and, with great resilience, he decided to face his past, and build a different future. That’s why despite starvation, despite walking for hours to go study, despite all the falls and everything that had happened, he always goes forwards, taking the best out of each situation and fighting for his dreams.

Everything happens because of something, and everything has a meaning, but it’s up to us to discover it. For Jean, the meaning of his experience was to see and value the opportunities to study and develop, always envisioning a positive future, leaving his past of violence and death.

Many people give up in the face of defeat, of the first failure;they believe that their life is over, and they stop fighting, killing their dreams.

Thanks to his leadership qualities, Jean is remembered as one of the students with great prospects at his university. At the time of writing this story, he is eight days away from receiving his degree as a professional. He has already traveled to countries such as Brazil, Peru, Venezuela and Bolivia. He speaks English, Portuguese and Spanish.

Today, Jean is the first member of his entire family to become a professional, to travel to other countries, to speak other languages. Today, he is an example of motivation, inspiration and pride for his family, neighbors and for the victims of his country.

WE ALL HAVE PROBLEMS

We all have problems, whether we’re rich or poor, believers or unbelievers, men or women. Each of us faces has our own challenges. What makes us different, what makes the rich richer and the poor poorer, is the way we face the challenges that life throws at us. No matter what happens, the important thing is what you make of what happens to you.

Life can take you to the edge, throws you to the ground, make you cry; life can take away what you want most. But it’s up to you, only you, if you stay on the floor, crying like a child, wondering why this or that happened to you, or if you decide to stand, wipe your tears and fight for what you want so badly. That thing you always wished for, that job you wanted, that role you worked so hard for, or that woman or man you dreamed of. That’s why I’m telling you to go and look for it, to try again, to understand why you failed, become smarter, and do it all over again. Until when? UNTIL YOU ACHIEVE IT.

My victim status ended with the development of my leadership in AIESEC.

Do you like to dance? If dancing is your favorite physical activity, then you will love to be in AIESEC. For the people in AIESEC, dancing is a crucial part of our physical events, and nowadays, even the virtual ones.…

It’s hard to travel during this pandemic. So instead of fixating our minds on lockdown boredom, why don’t we take a nice imaginary trip to ~100 years back in time? Let’s time travel and meet The Greatest Generation! Wait!! Before…

For young people all over the world, social media is somewhat a necessity. It’s where we read the news, find sources for assignments, and connect with our colleagues. Nowadays, we even find information about internships through social media!  We can’t…

After one year of being a part of AIESEC, I’ve come to the conclusion that AIESEC is about more than self-development.  It’s also about creating a community of leaders that are ready to change the world. One of the ways…

Congratulations on signing up for your first online event!  While an online event might not be a perfect substitute for the “real” one, a virtual event can save you tons of money and is surprisingly better for the environment. First…

In the beginning, the pandemic hit us hard in various directions. Isolation, unemployment, and various other difficulties have had a detrimental effect on mental health. Nonetheless, here we are a year later. How are we faring in the face of…

The old proverb says that prevention is the best medicine, and it works the same for our mental health.  Slowly but surely, we’re breaking the mindset that well-being is only about physical health. People are becoming aware of the fact… 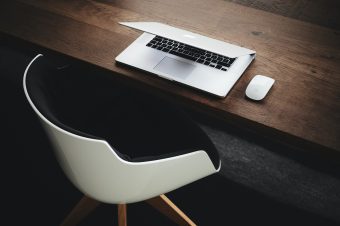 You have a task that requires you to work for long hours. Your friend asks you to do them a favor, and your teacher or boss gives you a new assignment, all on the same day.  You start working non-stop…