I was not a world citizen, and here is why.

Before his volunteer experience, Raymond would not have called himself a world citizen, as badly as he wanted to be able to. He knew it would take giving more of himself to make that dream a reality, so allowed the courage he held inside to guide him, here’s what happened…

I was not a world citizen.

Why? Because it was the first time I left my home country. The first time I lived with new people, a different culture, ate food which was foreign to me and engaged with people who did not even share the same language. So how could I call myself a world citizen before having experience another part of the world itself?

I went to Uganda to volunteer in an orphanage center and a junior high school where I worked with children from the age of two and youth in their twenties. The aim of the project was to teach basic skills in English and Kiswahili as well as counseling and guiding the children. I made the assumption prior to the start of my experience that that was all I would be doing. In addition to the already mentioned culture shocking moments, I was also taken aback when I realised that not everyone had the same level of English. As a teacher I had to learn some basic words of Uganda in order to simplify my communication with them while I was teaching. In this way…

I was not only a teacher, but also a student 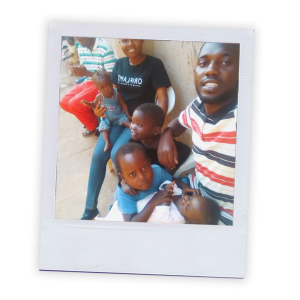 I was not a world citizen.

Why? Because how can I be a world citizen before understanding who I am and how I want to engage with the world and the people in it.

What made the people I met during my time abroad so vital was the fact that they helped me understand who I am. Through getting to  know people, I also began to get to know myself in a way I never did. I was able to identify what my strengths and weaknesses are and where my passion lies.

Simply put, this was one of the most fruitful experiences I’ve had in my life. It guided me to turn my dreams into achievable goals. I improved my leadership skills, professional skills and communication skills, all of which are important to me and the future I envision for myself.

Because of this experience,

I will never be the same again.

In the beginning, everything felt like a challenge, but as the days passed I found myself feeling more at home. Before these six weeks I spent in Uganda, I would have not described myself as a world citizen. That changed. I am now a world citizen in the making. I learned that

Home is where the heart is.

I am now both eager and ready to learn more and involve myself in more experiences similar to this one so that I may continue to build up my skills and bring more added value to myself.