Caring for a global issue doesn't solve it. Acting does.

The decision to go volunteer abroad does not come easy. It takes time to realize what’s in it for you, convince your parents, allocate money, get your stuff ready… But for the guy, we interviewed this week, it took only 24 hours! Read the story of Ilias, and you will get to know even more surprising facts about his Global Volunteer internship. 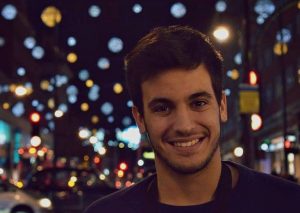 – Hello, everyone, my name is Ilias and I’m 20 years old. I live in Athens, the Capital City of Greece and I’m in the 3rd year of my studies as a law student. I like traveling, international relations, and socializing. And that was everything you could know about me until the Summer of 2017.

– We know you had an experience that impacted a local community. Can you tell us about it?

– In August 2017, I decided to volunteer at an Asylum Seeker center in the city of Tampere, Finland through AIESEC. The project was called ‘Integrate’  and it was about facilitating the integration of asylum seekers in the Finnish society and in general in the European one. It took place in Hospital in the city of Tampere where more than 300 asylum seekers from Iraq, Kurdistan, Afghanistan, and other war-hit countries live.

In a group of 12 volunteers from different nationalities and backgrounds, we’ve been delivering English, computer, theatre classes, and we’ve been organizing Sports activities and entertainment activities for kids, trying to make those people feel like home. 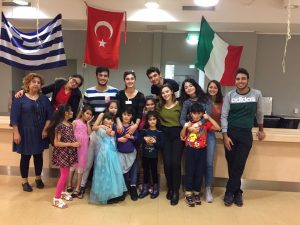 The emotions I felt during this experience cannot be described with words. Six weeks are not enough to change a person’s life. Or so we thought.

Six weeks of support turned out to be a gift for those people whose lives were in danger, who lost everything, whose future depends on the approval of a residence permit. I will never forget being called ‘daddy’ by a kid whose father had died or being offered so many presents by Kurdit women.

Being able to communicate using up to ten English words seems impossible, but when you reach that point, you know you’re doing something valuable.

– What made you decide to go through that experience?

– Making that decision was probably the bravest thing I’ve ever done. In my life, I tended to be very hesitant but this decision was only a matter of 24 hours. A friend of mine had participated in the very same project the previous year so on a Thursday night while watching a reality show, I decided to give it a chance. Living in Greece, a country influenced by the refugee’s crisis, I knew that a project like ‘Integrate’ would help me to act upon human rights, an issue being always of extreme importance to me.

– What would you tell other people who would feel inspired by your story and experience?

– So many people ask me, why should they go on a Global Volunteer experience, and why to spend those 6 weeks in a foreign country. And I realized that each time I give them a different answer. Do you wanna know why? Because even now, 6 months after this experience, I’m still reflecting on what I’ve gained and am constantly discovering new aspects of me that have changed.

I know it’s hard to understand how profoundly Global Volunteer can change you, but maybe you don’t have to understand. Take the risk and make a story of your own. And don’t forget, caring for a global issue doesn’t solve it. Acting does.

There are thousands of experiences like this one happening all around the world every year. And each of them creates an irrevocable impact on both the volunteers and communities they work in. We know the decision may not come easy. But it will definitely be worth the efforts! Go to aiesec.org to find out more.