Rotterdam, Netherlands, February 14, 2018 – AIESEC expresses its apology to everyone that was impacted by the omission of Turkey in the world map found in our country webpages.

The AIESEC global website template released on November 2016 had an error on the world map by not including Turkey in it. This was not intended, but was purely a technical glitch. This was mitigated with the release of the new AIESEC global website template released on July 2017. Unfortunately, not all national websites were refreshed with this recent template.

At this point, the AIESEC country offices that had this error are in the process of removing this from their websites.

AIESEC in Turkey has played a significant role in the development of young people through cross-cultural exchanges, delivering over 4,000 experiences in 2017. They have also recently received the Global Excellence Award for their contributions to the organization and impacting communities worldwide.

AIESEC as a global organization continues to work towards mobilizing young people in breaking cross-cultural and cross-generational divides for over 70 years. AIESEC does not discriminate on the basis of ethnicity, gender, sexual orientation, religion or national and social origin.

Having the words future and career together may seem daunting each time you read them. This is because we as humans are hard-wired to avoid uncertainty. And now more than ever, we can see how much uncertainty can have an…

Image 1: Many young people today are unsure about what the future holds for us and the next generations. Do you think society will be in a better or worse state 10 years from now? When I saw this question,…

With the current state of the world, it is undoubtedly difficult not to reflect on the immense impact our actions have on us and the world around us. The idea that one person does make a difference and the decision…

Question #33 You’re completing the Youth Speak Survey, and you come across this question. What do you base your response on? Why does AIESEC want to know this about you?  Understanding how to better align our organization with the people… 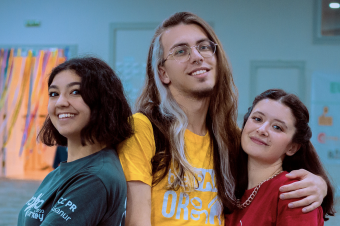 Empathy is what facilitates prosocial or, in other words, helping behaviour that comes from within and is not forced. This makes us a more compassionate society that is willing to understand each other’s feelings and take action. Daniel Goleman, the…

Montreal, Canada, April 15, 2020 – AIESEC continues to warn all potential customers or partners to cancel or re-schedule any volunteering or internship abroad programs due to start earlier than 1 September 2020. 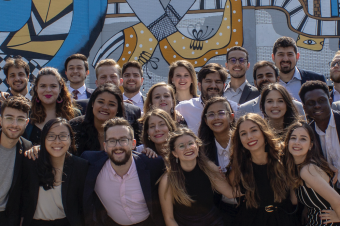 Montreal, Canada, April 10 2020 – After appointing Eva Dutary as President of AIESEC International for the term 2021, AIESEC elects a team of 24 individuals to lead the Global Office of the organisation with a change in the mandated timeline. 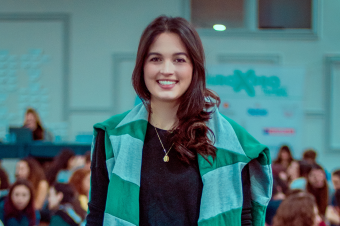 I am the Global President of AIESEC, the world’s largest youth-led organization focused on developing leadership in young people through the facilitation of cross-cultural internships and volunteer experiences. For the past year, that has meant travelling the world to represent…