At least I had a roof to sleep under: Reducing Inequalities

“As a sick body in urgent need of medical help and specific medicines, Guatemala continues to appear in the eyes of the world as one of its most unequal societies and consequently has high indices of social exclusion.” – Isabel Soto Mayedo, about Reducing Inequalities in Guatemala.

Gustavo is fifty-eight years old, and is the fourth child of seven siblings. His childhood wasn’t as privileged as mine, and he loves to share how beautiful it was nevertheless. Sharing one bathroom with all six of his siblings, sleeping in the same room with four sisters, and eating bread with honey because they couldn’t afford cheese or ham to make a sandwich. He always says, “I didn’t have many things I wanted, but my parents did all they could and I’m grateful because I’m healthy and alive.”

I asked Gustavo if I could interview him and he was happy to help. However, when I first asked him to elaborate on his childhood, he sighed.

“I grew up in a small house with a big family, where I couldn’t eat happily if one of my sisters was left hungry. My older brother had left to find a better life in Chile, leaving me in charge to help my parents. I was thirteen when I had to work because my dad had gotten really sick…I sort of became the man of the house. None of my sisters starved, though they were malnourished and really skinny.” He took a pause and smiled. “I enjoyed most of my childhood, though. Chasing the horses, making honey, playing with the strayed-dogs, and being part of the football team of the block. I didn’t have many toys, my Christmas’ presents were my books and uniform for school, and for my birthday I only got a few cents to spare for the bus fare and a lollipop; but all in all, I was happy.” 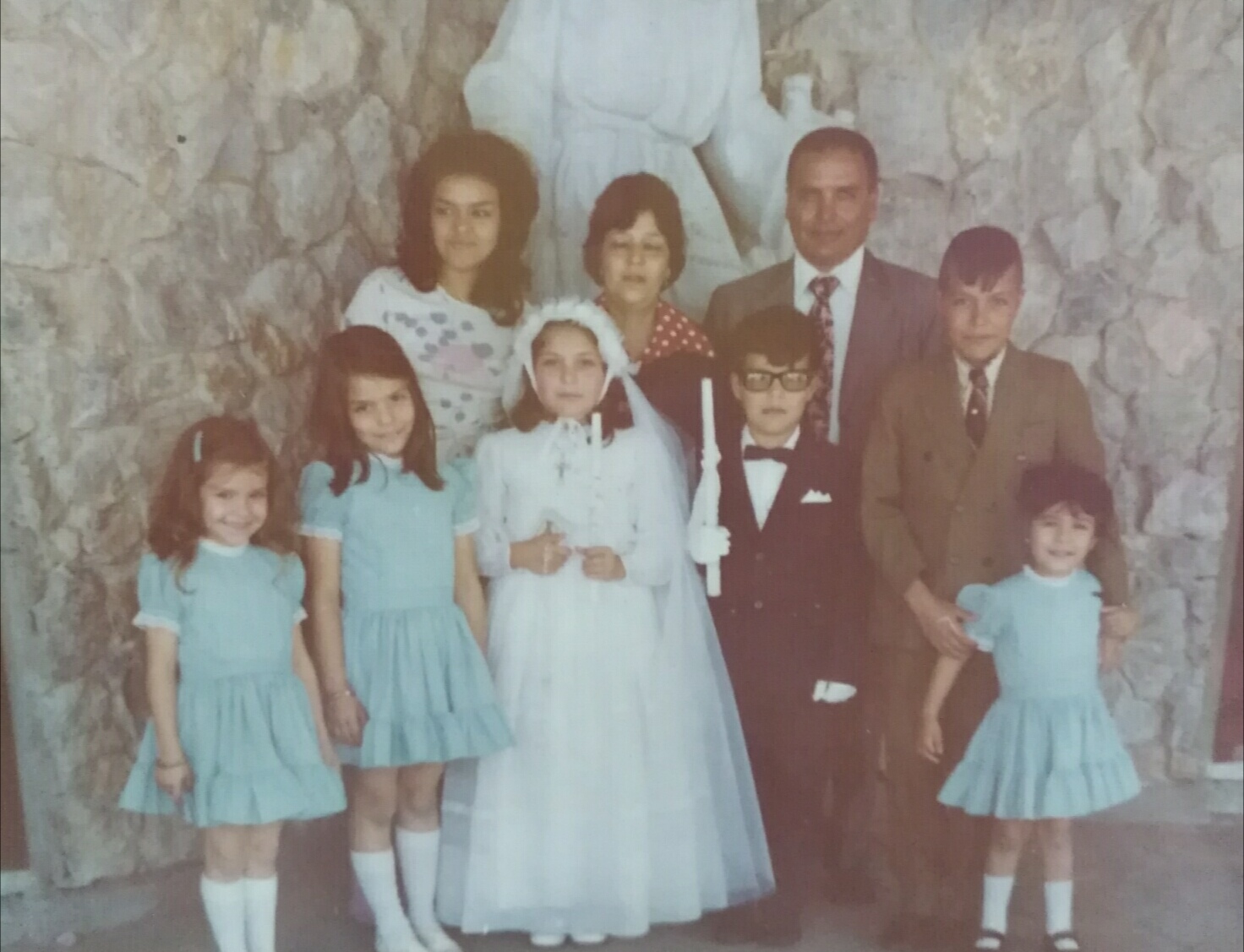 Then another question flew out of my mouth: Is there something you ever wanted as a kid, but didn’t have the opportunity to get it?

“Yes,” he said, showing a sad smile. “I wanted to be part of the baseball team at school, but I couldn’t because my parents couldn’t spare $5 for the uniform because it would’ve meant no food for my family. Needless to say, I didn’t make it and it was the biggest dream that faded in the face of reality.”

And growing up, did you lack opportunities to chase your other dreams?

“Definitely. I wanted to become a mechanical engineer, but my father pushed me to study electrical engineering because it would open many doors for me. I wasn’t happy, but I did as I was told, after all, the old man was paying for my education. However, it was the finding a job that was difficult. My father ended up losing his job, so I quit school and took on as many jobs as I could. I never got to finish my degree and graduate, which is something I wanted to do to be proud of myself.”

How do you think things are different now?

“Inequality has become an issue hard to eradicate in our country. It doesn’t matter how many degrees you have or what school you went to or even if you have experience, getting a job is harder than fleeing the country. Doors close so frequently lately that everybody is on the edge of losing their heads. Our country has not progressed one bit, and I think I was lucky enough to live a different time, because if I had grown up in yours, I wouldn’t have survived this long.” 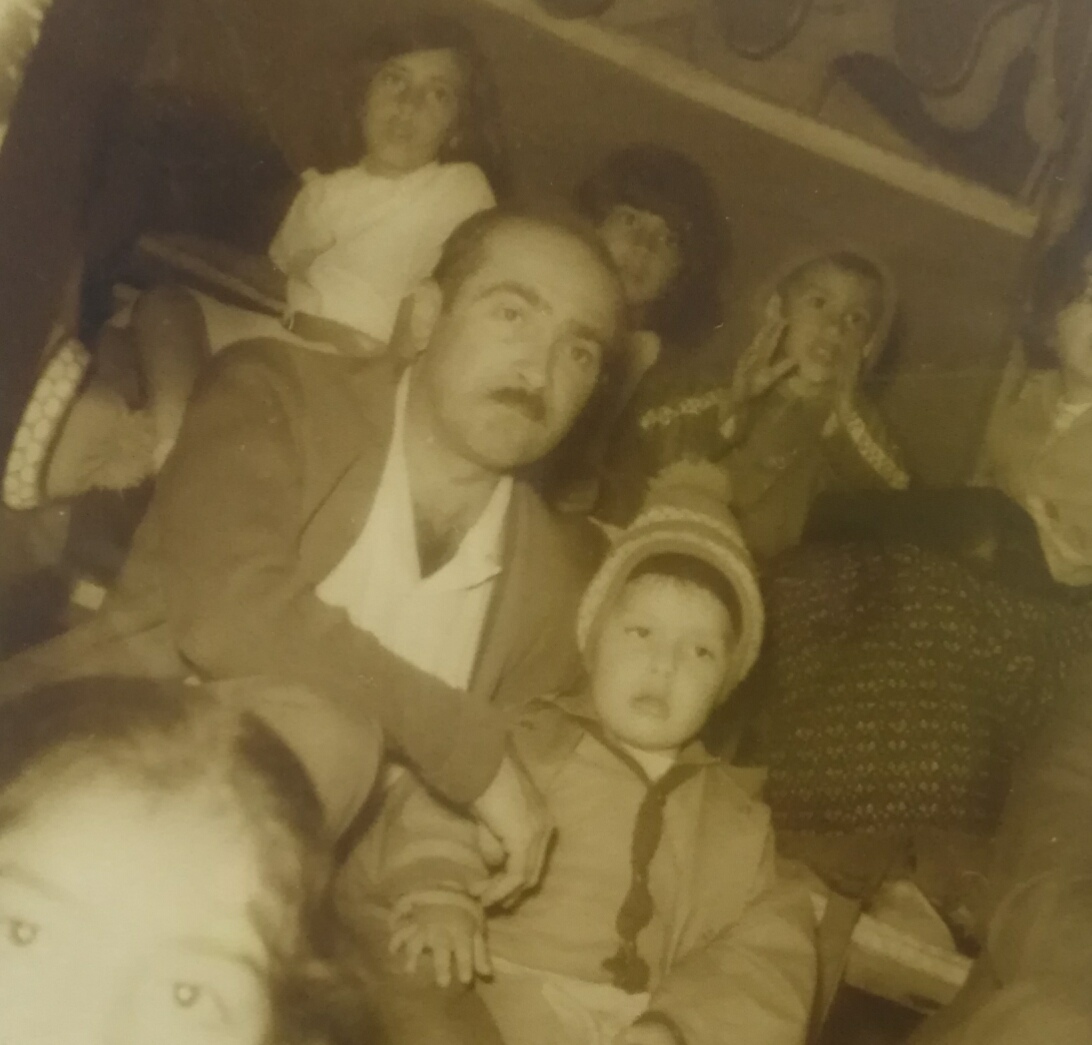 I know it is personal, feel free to decide not to answer, but did you ever blame your parents for the lifestyle you had?

“When I was a little kid, I did a few times. Children don’t understand why they can’t have the things other kids do, until it comes a moment where you realise that life isn’t the same for everyone. Some have better opportunities and some have to face a lot of challenges. My big sister was the one who taught me to be humble, to appreciate what I had because as little as it was, at least I had something. I had a roof to sleep under, I had a bed, food and water. I didn’t have everything I wanted, but I did have everything I needed to survive. My parents did their best with what they had. I don’t blame anyone, but I do wish we could’ve had a better chance at trudging through the rough water.”

Your life has changed a lot from where you began. Can you tell me how did you manage it?

“Once you’ve been there, you never want your children to live that way. Everything you lacked, everything you missed, you want to give to your kids. It has nothing to do with vanity or resentment, and more to do with protectiveness and fear.” He smiled. “After bailing on college to work, I dedicated my time to build a name for myself. Without experience, I went to a company, presented my curriculum and talked with confidence because I knew I could do anything.” He took a breath and continued. “I don’t know what it was, but they gave me the job. My boss gave me the opportunity to show what I could do and prove to everyone that while I didn’t have a degree, I was still worth more than a piece of paper. I didn’t give up and continued working, studying, and being the best version of myself.” Gustavo took a sip of water and grinned sheepishly.

What would you tell to someone living the challenges and lack of opportunities you faced?

“Giving up is not an option. It may seem like it, but you don’t get to surrender. You’ve already faced enough challenges, what’s another two that might take you higher? It’s not about the money, it’s not about the fame or power, but it will make you feel complete and full. Not because you succeeded, but because you proved yourself that you could make it.”

He nodded to an envelope and let me open it. Inside, there was a picture of a little boy and a letter was attached.

“I didn’t work hard for the money. I did it for my family and for the little kids that find themselves in the same situation I was. If I can help in any way, I will do it. I will give them the opportunity they were denied. I will continue fighting inequality because it’s close to my heart, because you don’t forget your roots.“

He took the picture and smiled.

“One day, every obstacle and every bad day will be worth it because one day, no matter how long it takes, you’ll fulfill your dreams. You just need to fight for it, to believe in yourself and trust you can do it.”

Life isn’t equal for everyone, but we can contribute to equality, to give people a chance. There are little everyday actions that we can take to make a difference, we are the leaders capable of change. If you could contribute, how would you do it? The smallest action speaks louder than the biggest intention.

Let us believe in ourselves and help others. Reducing inequalities is the best way to leave no one behind!

From the 16th to the 23rd of September, AIESEC was present in New York for the UN General Assembly week that took place at the UN Headquarters in New York. During this week, the first-ever Transforming Education Summit was organized…