A true story about a dialogue of generations

My grandfather passed away at the respectable age of 93, a couple of months ago. He was an intelligent man, a proud engineer, who followed his time and he was never nostalgic about anything. Everything is so much better nowadays he always thought. I learned a lot from him. We would always debate and talk about a lot of different things, like politics, science and religion. He would never cut me any slack, even when I was a kid. He would always challenge me – why do you think this would be true? How would that work out? Did you consider this?

He was modern in his thinking, but he was still a product of his time. Having born in the 1920’s, he had lived through the Second World War and in his values were shaped by the time he grew up. He believed in traditional values. He thought it was important to be a member of the church (even if he wasn’t a believer himself). He thought that marriage was important. I guess he saw safety in the ways things had always been. My grandfather challenged me with this way of thinking and I challenged him with my idealism and liberalism.

We could agree on many things, but I never gave up on challenging him on his view on homosexuality. He thought it was unnatural, and that these people were somehow selfish. He understood that people were born that way. He was analytical and he thought it might have something to do with exposure to certain hormones during the mother’s pregnancy. What he couldn’t get his head around was why people would choose a lifestyle like that. To him it was a matter of choice. He felt like people should hide it and live in a way he thought was proper. I would ask him why it would bother him if two men got married? He said that it’s unnatural because two men can’t have children. I would say that a lot of heterosexual couples can’t have children but we still won’t deny their right to get married. He said that was different. I asked how. He said it just was. He could never give me an answer I thought was satisfactory so I kept bringing it up year after year – after all, he was the one who taught me to be critical and analytical. 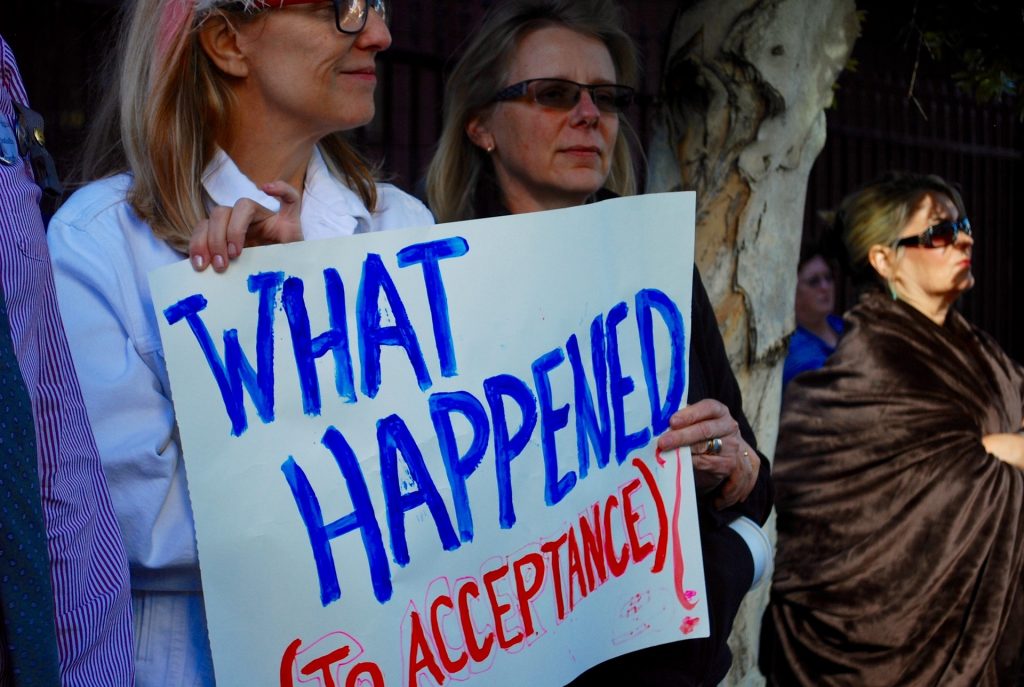 It’s really hard to challenge the kind of opinions that we feel very strongly about. Usually there’s no point in trying to reason with them. If you’re convinced in your gut that you are right, you’re going to look for arguments that support your opinion. This is true for everyone. Despite my grandfather being very analytical (he was an engineer after all), I couldn’t change his mind about homosexuality by rational argumentation. It would take something more than that.

Some years ago I went to visit him after a long time. He told me that he had watched a documentary about Alan Turing, the man who developed the first general purpose computer and helped to break the Nazi code during the Second World War. Computers were my grandfather’s life work. He had pitched a project to make the factory he worked at buy a computer, a massive investment at the time. His superiors were very skeptical about it, and fighting the windmills almost cost him his health. Despite that, or maybe because of it, he was extremely proud to have foreseen the importance of computers as early as he did. Naturally he had a great admiration for Alan Turing. To him, Alan Turing was a genius. Alan Turing also happened to be gay. Despite bringing perhaps the biggest single contribution that lead to the Allied winning the war, he was persecuted after people found out about his sexuality. He went to court and was made to choose between a prison sentence and hormonal treatment. Turing chose the treatment and was denied work because of it. He committed suicide.

Every time I visited him, my grandfather kept talking about Alan Turing. I could tell that the story was somehow bothering him. He kept saying what an important figure he was for the development of computer science. He had made the groundwork for pretty much everything my grandfather had worked with. Once after having a long discussion about Turing’s work he was quiet for a while and he stared at his tea cup. What he said stuck with me.

It’s terrible what they did to him. What they made him go through. Nobody should ever have to go through anything like that in their life.

I don’t think I changed my grandfather’s mind but I think he finally understood what I was talking about all along. As analytical he thought he was, it wasn’t the reasoning that resonated with him. It was something he could relate to.