The Mixture of Old & New

In 2011, I was going through a tough time of my life. It was only the first year of my university, but I was not happy. The “party phase” everyone goes through in the beginning of studies passed, and even though I was doing an internship at an amazing organization, I had the feeling this was not enough. I was also still heartbroken from an abusive relationship – which took me barely two years to get over.

The year before, I had tried to join AIESEC in my university, but I was never called for an interview. I completely forgot about this and decided to move on.

Sometime later, right after a Statistics class, the opportunity of going abroad with AIESEC re-appeared. A colleague (who joined AIESEC at the same time I tried to) asked me whether I was interested in traveling for a social project. To be honest, I didn’t even think it through – I just said yes and all I remember is that the day after I was at AIESEC’s Local Office in my university for an interview. Four months later, I was in China, where I spent almost three months learning one of the biggest lessons life has ever taught me. 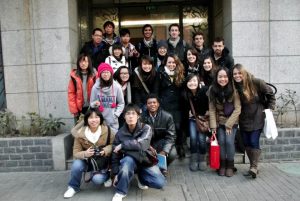 I had a very comfortable life, but my mom always tried to give back to society. I can still remember the countless days I spent at orphanages playing with the kids who didn’t have a family, or the weekends in the hospital together with my mom when she was vaccinating kids who didn’t have money to pay for it. I was so excited for those weekends, as I had the opportunity to know more about people and where they came from.

As dumb as it sounds, even though I spent most of my childhood in this kind of environment, I have never realized how privileged I was until December 2011, when I landed in China. That was the biggest eye-opener for me: How is it possible that I saw so many people in a similar situation in my country but never really noticed it was my role to do something about it? Apart from inequality of opportunities, in China, I could actually understand the meaning of the word freedom. Summing up, those months were more than enough to help me put the pieces of my life together and remind me not only of who I was raised to become but also what I was raised to fight for.

And then I came back, and it was tough. What do you do when everything around you is the same except for yourself? How do you react to that feeling of being an Outlander in somewhere that is supposedly your home? How could I just move on with my life after seeing everything I had seen? I didn’t have answers for any of those questions… 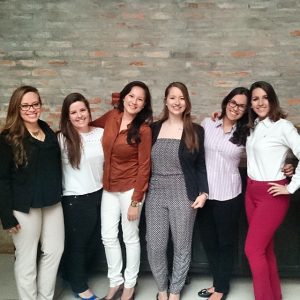 These three months in China were just the beginning of a (so far) 6 years journey. I remained in AIESEC, and in these 6 years, I moved into 6 different homes. I lived in five different cities and two different countries. And what did that teach me? Below you can find some of the learning I had throughout this time:

1.Don’t forget why you’re here in the first place

As I have shared before, I fight for Equal Opportunities for everyone. This is how I try to contribute to a better world, and that’s why facilitating opportunities abroad for young people has always been so purposeful for me. However, there have been moments when I got so tired, frustrated or hopeless that after a while I realized I was completely out of my purpose. In these moments, I needed to take a step back and reconnect to what brought me where I was in the first place.  A sense of grounding is the best way to take you back on track.

2.You’re never too big for the small things

Especially after I got to AIESEC International, I noticed that a lot of times the easy way out of things you don’t wanna do is to say “This is not my job” or “I don’t have time for this”. I have worked with so many people and have seen so many different behaviours: from Business Analysts that acted like they were the most important people in the universe and wouldn’t even remember who you are – even if you have met more than twice – to Global VPs who would share a taxi with you to the airport and even though they had a first class ticket, would join you in economy class line and spend time with you. These experiences were extremely humbling and taught me that we are one out of billions in the universe and that our position or how much money we earn at the end of the day is not relevant. 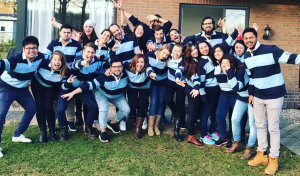 3.In a world of so much mess, consistency in discipline are assets

If you want to accomplish anything in life, you need to have discipline and always push a degree further. Yes, it’s exhausting, but an unfinished idea or project is worth nothing. I have learned this lesson not only in regards to standard procedures I needed to follow in my role but especially when it comes to my health. I was traveling so much and for so long that not taking care of myself could be an easy way out. However, that would not serve me well in the mid or long run. For this reason, I decided to keep a healthy routine as much as possible, even though that sometimes meant working 14 hours a day and still waking up at 6 am to go for a run or meditate. That has allowed me to do my job better and it meant that I am consistent in what I stand for.

4.If you can see a problem where people don’t, it’s your responsibility to fix it

That was definitely the hard lesson I have learned in the past years. I am a very critical person, and I know that it can be seen as too much criticism sometimes. There were countless moments where I raised a topic and people didn’t necessarily see a problem. I would get frustrated and continue complaining after that, not doing anything about it. Then, after months, if this problem I had raised before indeed became reality, I would become even more frustrated and tell everyone “I told you so”. But what’s the use?

What I realized over time is that I wanted to be rewarded for bringing a problem to the table, but that’s not how things should work. Sometimes you just need to act upon whatever the problem is before people even notice it. You are not the super hero who needs everyone to see what you have done; if you are here for recognition, you are here for the wrong reasons.

5.If it gets easy, it’s time for you to change it

If you are doing something and you have the feeling that it is too comfortable or easy, raise the bar, push harder. If it’s still easy, it’s time for a change. We need to be aware not to fall into the comfort trap, as the biggest growth we experience in life happens when we are challenged by our circumstances. 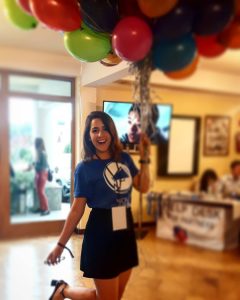 This is still not the end of my journey, but this new year definitely marks a new beginning. I am moving to a completely new role, where I have no previous experience, and I am absolutely sure this will re-define and challenge a lot of my own concepts. However, these lessons will remain with me and probably increase over time. I feel extremely grateful for everything that AIESEC and the people I have met throughout these years have taught me, I wouldn’t have changed anything.