There are many reasons for deciding to visit Thailand. From witnessing the stunning landscapes and crystal clear waters, to learning about a history deeply rooted in spirituality, but there’s something that can charm even the savviest of travelers. I went to this country as a volunteer for the Shelter for Child and Family Protection, aiming to contribute to SDG#10. During the six weeks I was there, my main responsibility was to work on reducing inequality among people, by providing them with a space to learn new skills, to become more qualified. The specific details on how to do it were to be my choice.

The village I lived in was small and considered a subur. Looking back, I know my time there could have been very boring and meaningless. If I wanted to,I could have easily put on movies for the children to mindlessly watch from 9 to 5, just waiting for the next day to come. Instead, I decided to go all in, to give everything I have and dedicate myself completely to reducing the gap between people like me, that were lucky enough to benefit from all kinds of opportunities, and children like them, that needed all the help that they could get. 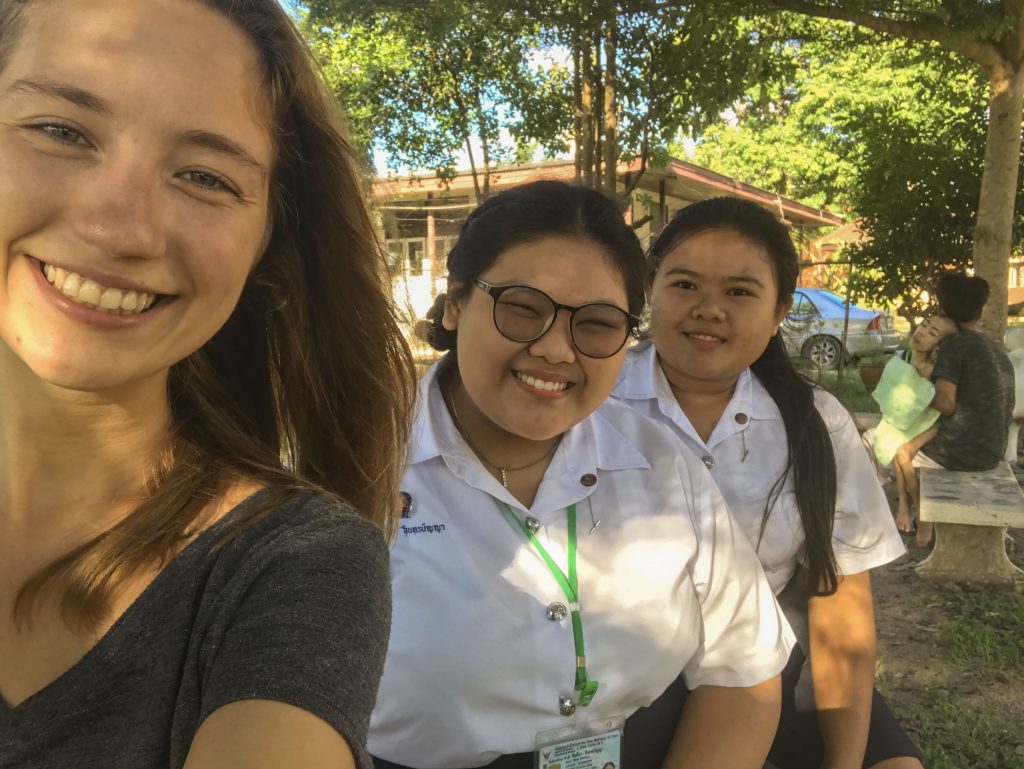 The problem most of the kids I worked with face is not poverty, starvation or anything having to do with their basic needs. What stops them from going further is the lack of freedom to make their own choices, the the lack of support at home, of self-confidence and self-identification. They don’t believe they can be someone, that they can grow up to do and achieve whatever they set their minds to. My role was to completely uproot and change this way of thinking.

What I didn’t expect though was that sharing my time, my whole life with the people there would end up transforming me into a completely different person – someone more aware of world issues and of the difficulties people face all around the globe, someone who genuinely cares about others, who tries to listen to the meaning behind the silence, and who will never stop trying to make a change. Being in Thailand made me into a woman who understands how important it is to live according to your values. 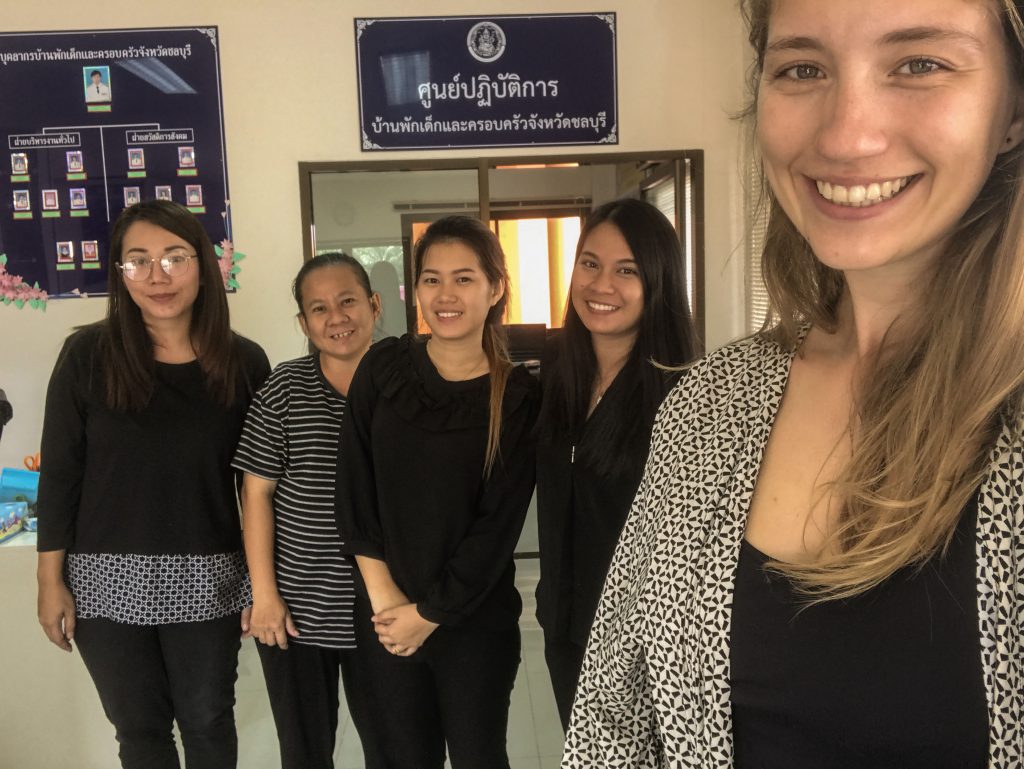 I would be lying if I said that being at the shelter was easy. Being surrounded by Thai, Cambodian, Burmese, Chinese and Filipino young girls coming from difficult backgrounds, with problems ranging from parental violence and abandon to sexual abuse, early pregnancy and human trafficking, opened my eyes to a different kind of reality. I understood that sometimes you need to distance yourself from your own community, from what you knew your whole life, in order to truly see the issues so many people around the world have to deal with. It can be frightening to realize that it’s indeed all real. People are suffering everywhere and we, the ones who are privileged enough to do something – we need to take action. 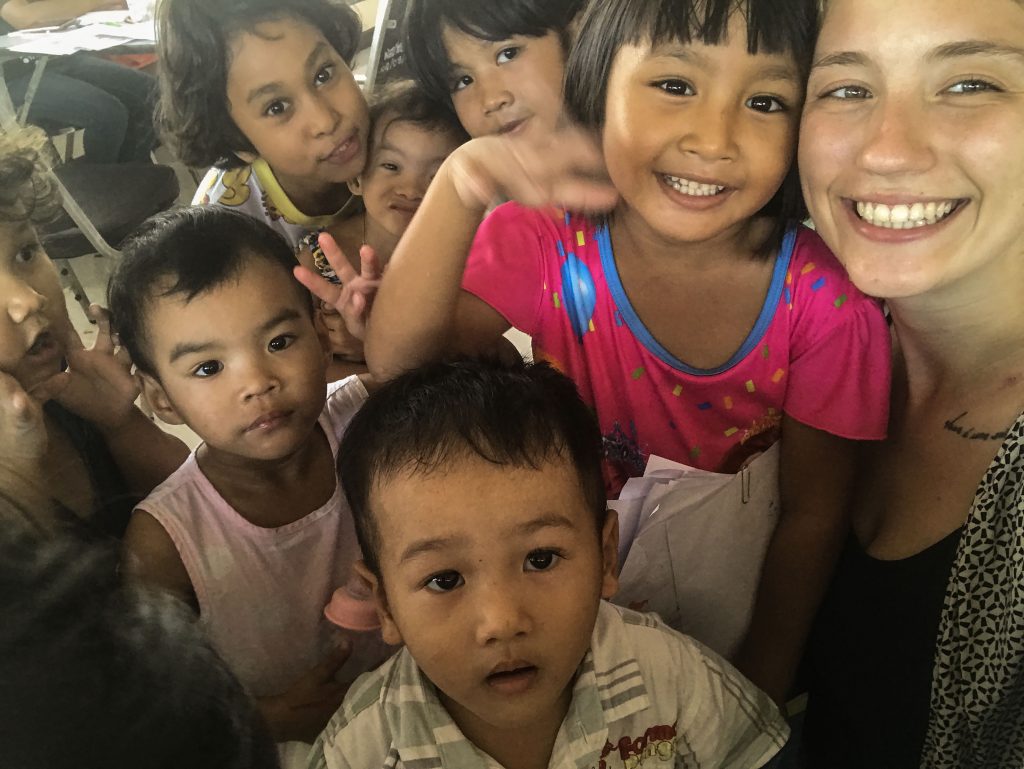 What proved to be an even greater challenge was trying to teach children and prepare them from the upcoming chapters in their life in a language that was totally unfamiliar to them. Having only one other person at the shelter with whom I could talk to in English and being required to figure out different ways to understand the others made me realize how wrong it can be to think that words are the only effective way of communication.

I was reminded about how important it is to respect others every time I put together a new English class that had to be inclusive and bring added value for all the different levels of students we taught. Some days it was hard being the only foreigner there, trying to make a positive impact that would create a ripple effect. But every time it got hard, I would remember the reason I was there: creating a world with equal opportunities for everyone.

One day, I managed to teach one of the girls how to write her name using the western alphabet. She could barely speak English, but when she finally found a sense of identity through this peculiar language used all around the world, you could almost touch the happiness in the air – she felt like her own person. I don’t think I’ll ever be able to forget her proudly writing her name everywhere. 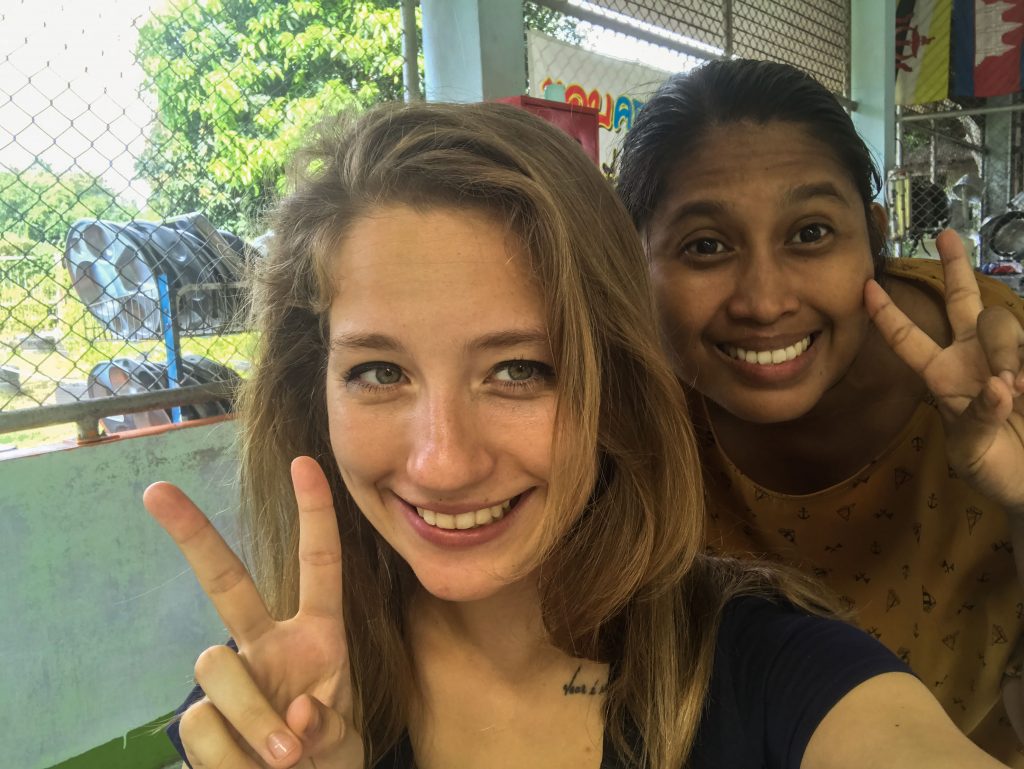 Still, I know that even though I put all my heart and effort into making them learn as much as they could, the work doesn’t end here. Even after six weeks of everyday classes and uncountable activities, songs and fuzzy dances, even after all of this – I know they’re not fluent in English. After all, how could they be? Many of them could read and write sentences they weren’t able to before and the children’s homework got better every single week, but it’s going to take constant commitment to continue. It’s going to take caring people that are as dedicated to providing support in order to keep things moving. 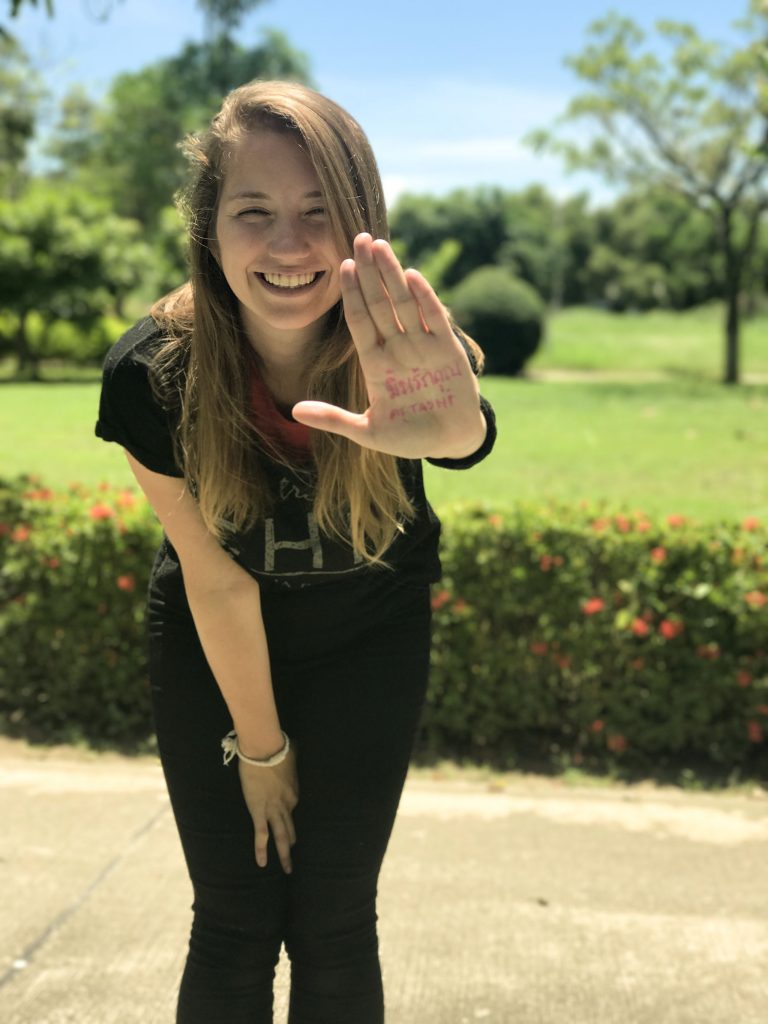 Being on exchange helped me understand that learning English is just a tool used for achieving a bigger purpose, something that can open so many doors and provide so many chances. Volunteering opened my eyes to all the ways we can impact the world, all the ways we can help people if we actively try to make a difference. The children at the shelter found out there is a way for them to make their dreams come true. They learnt they can learn. That they’re capable to decide their own worth, to fight for their place in this world. And that’s the best thing you can ever do for someone else – giving them the freedom to decide for themselves, the power to go further in spite of all the challenges.