2 qualities my education didn’t teach me, but AIESEC did

It has been five years since I last engaged in any engineering books or discussions, a degree I invested seven years of high school plus university upon. I come from China, the second biggest economy in the world, ranked #8 to start a career and #16 to start a new business. With an unemployment rate of 3.95% and over 5 million job vacancies as of July 2017, having an overseas engineering degree for a lot of people seem to be a golden CV to start a prosperous life. The three life goals of a middle-class child at my age – a car, a stable job and a 150 square-meter subway accessible apartment seemed positively in reach with some years of career advancement.

Of course, all of these are based on the fact that, the meaning of life lies in the reasonable deviations of those three life goals. So how did I end up drifting apart from my hard earned degree?

The truth is, an unsettling drive of curiosity combined with my seven years of working in a global NGO in four different countries has taught me something alternative about living my life and understanding of how education could be. 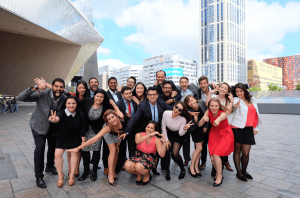 I envision an education system that is not just moving people from unskilled talents to employment vacancies. Less like a machine, I hope an increasing number of educators can instill a sense of purpose in their teaching. Answering the questions of “What are my students becoming by my teaching?”

As Wilhelm von Humboldt, founder of modern education, famously said, “The aim of existence is a distillation of the wildest possible experience of life into wisdom.”

One of the fundamental quality my education did not teach me is the vision of the world. Although like many other citizens of my country, traveling the world has always been on top of my wish list, my version of the world was largely limited to tourist attractions, movies sceneries or book backgrounds. This disconnected superficial understanding of the world hardly had any personal stories on what people are like despite a brief stereotype of how cultures are shaped by exotic food, dance forms, religions or festival traditions. Mexico to me was burritos, India was a messy version of color run and Ukraine, where is Ukraine exactly? 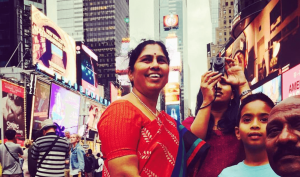 However, to solve many challenges the world is facing right now, it is no longer sufficient to just understand one facet of the view. Even if we disregard such higher purpose, in a hypercomplex global economy, our generations will be facing some of the challenges that will hinder our basic needs such as employment. Six months ago, I was working on a short term project in Ukraine. I spent the first day walking around the city with a local friend understanding the recent political turbulence. I was absolutely in shock how uninformed I was, more accurately, in shock of how different my previous perspectives are from what was presented in front of my eyes. Yes, I could have looked at more media sources to come up with a more informed perspective of Ukraine, but none of that can replace my feeling of inspirations when I heard how my friend is aspired to build a better Ukraine through studying international relations and putting them into practice.

But most importantly, the world is no longer a scratch map I keep inside my bedroom. It is a collection of individual aspirations and the power of their connectivity that represents a better humanity.

“Once you see the world, you can start understanding it, once you understand it, you can know how to change it.” 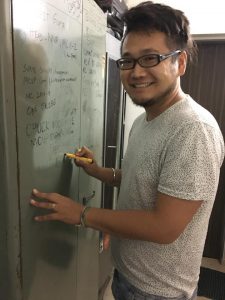 In comparison to all the challenges, we as humanity are facing, a life goal of having a car, job and apartment seem insignificantly small. A larger perspective is always motivating for me to not be trapped into trivial thoughts of daily matters, which is also why I look up to figure such as Elon Musk. However, in comparison, my tiny accomplishments can feel demotivating. All these forces are pulling me apart to become better at this and faster at that. In all of these conflicting thoughts, where do I find peace? A question my education was not able to answer from day one.

After hearing stories from many better men and women on their achievements, the pursuit of finding my own calling have started to emerge from within. It took me many attempts to find out what truly sets me on fire, for now. However, without such attempts I will never be able to say, yes, I want to dedicate my life to education. I said “ for now” to also leave this quest open for future adjustment.  My primary school math teacher used to tell us a teacher is a candle that burns itself for the enlightenment of her students. I think this metaphor is no longer sufficient. In my opinion, a good teacher is a mirror that can help reflect the true light within her students.

With that undeniable conviction combined with a  larger vision of the world, I believe we can create a generation of youth that can uplift humanity to its higher potential.